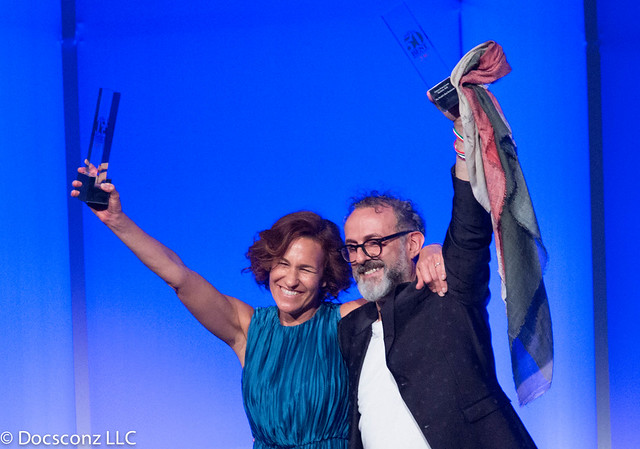 I had the great good fortune to experience the World’s 5o Best Awards in New York City the other night. Of course, these awards have become rather controversial as anything as subjective as a “Best” list is going to be. Are these rankings gospel? Of course not! They are, however, in my opinion, an interesting and reasonably approached idea of the current state of fine dining is around the globe. It is as close an approximation of the hierarchy of that state as there is, imperfect though it may be. From my point of view, the evening was a lot more fun in person, than my previous experience following over a live stream. As for the presumed biases in the awards, I believe that is more a reflexion of the current state of the industry than it is true bias. Those deficiencies need to be addressed by encouraging and supporting talented people, women and men, everywhere around the globe, while expanding the palates of the entire dining public and removing all barriers.

You can find the actual list here. Personally, I was happy with the Top 5 Rankings and was ecstatic for Massimo Bottura, his wife, Lara, and the entire team of Osteria Francescana for the first place ranking. The Roca brothers are just pure class and their restaurant, El Celler de Can Roca, at this point remains my top meal of the year so far. As for Eleven Madison Park, the place is a great restaurant made even more special to me on a personal level. I have yet to eat at Central, though I have eaten the food of Virgilio Martinez and Pia León elsewhere and found it to be extremely compelling. It has been a long time since noma, the most influential restaurant in the world since elBulli has been ranked as low as 5. I have no doubt that they will continue to be as inspired, influential and wonderful as ever as they prepare to move to a new location at the end of the year. I was also thrilled to see Bitor Arguinzoniz and his brilliant Asador Etxebarri rise to the 10th spot.

The after party at an exuberant Eleven Madison Park with music by Questlove, a whole roasted Duroc pig from Mike and Amy Mills of 17th Street Bar & Grill, and food and beverage service handled by The NoMad, was as wonderful a party as I’ve ever had the pleasure of attending. Photos from there, however, were few!